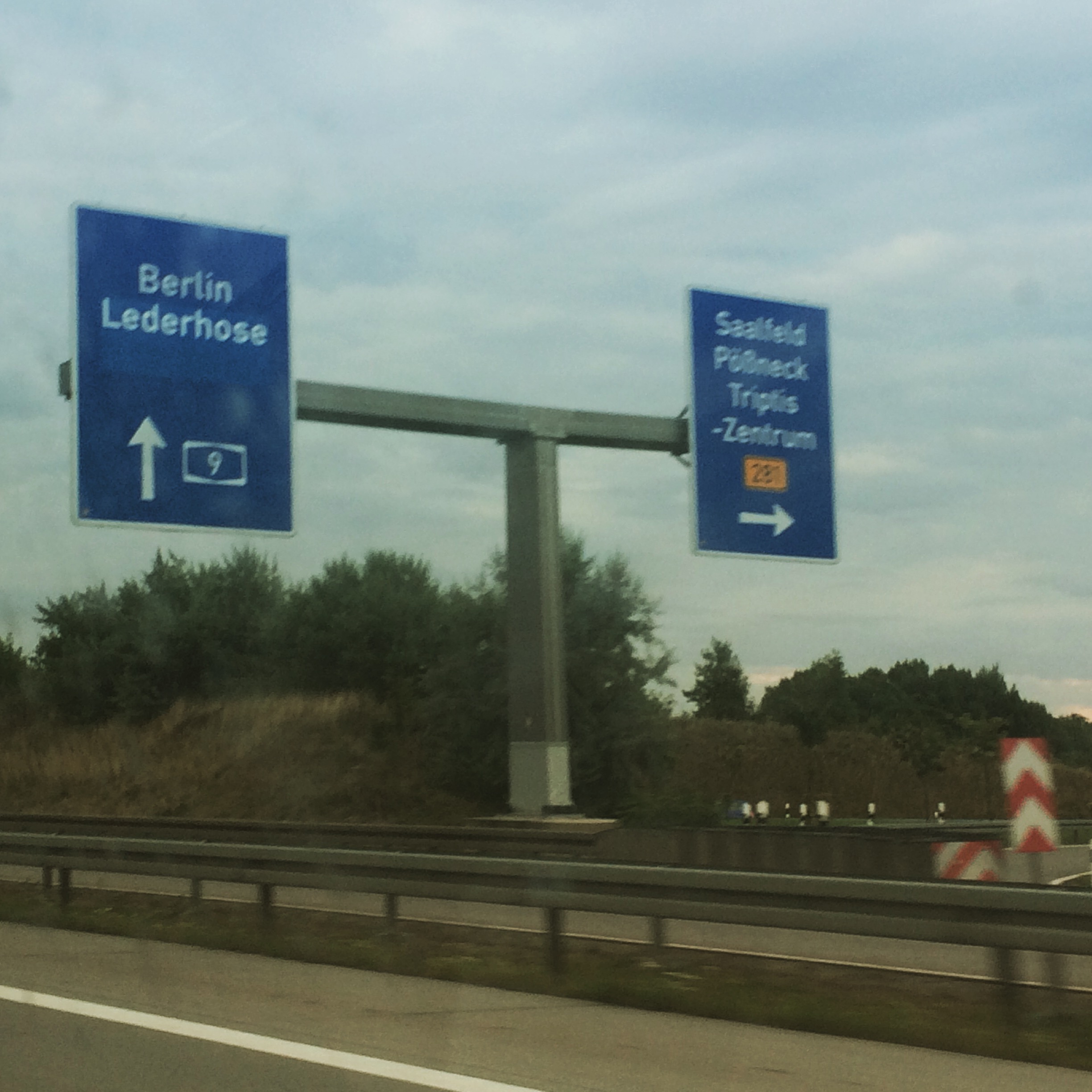 When I told my friends I was moving to Germany, the Autobahn inevitably got mentioned. “It’s so cool you’ll get to drive so fast”, they said. “There are no speed limits on the German Autobahn”, they said. Thoughts which I abruptly ended by reminding them I don’t have a driver’s license.

In short, I’ve been a passenger all my life, save the obligatory six hours I spent behind the wheel to get my short-lived driver’s permit. On road trips I’ve become the go-to person for navigating and DJ-ing – while I continue to master sleeping and snacking – which was exactly how our recent road trip from Berlin to Strasbourg played out.

But something was different this time. Turns out, when you’re learning German and are forced to watch cars and signs for almost ten hours on the German Autobahn as I did, you’re bound to spot German town names that will make you chuckle. And just like that, I found my new favorite German road trip activity.

It’s a shame I only took photos on our way back to Berlin, but here are some funny German town names I spotted (for now), which for social media’s sake I shall name #autobahnlol. Know of any other funny German town names? Share your #autobahnlol in the comments!