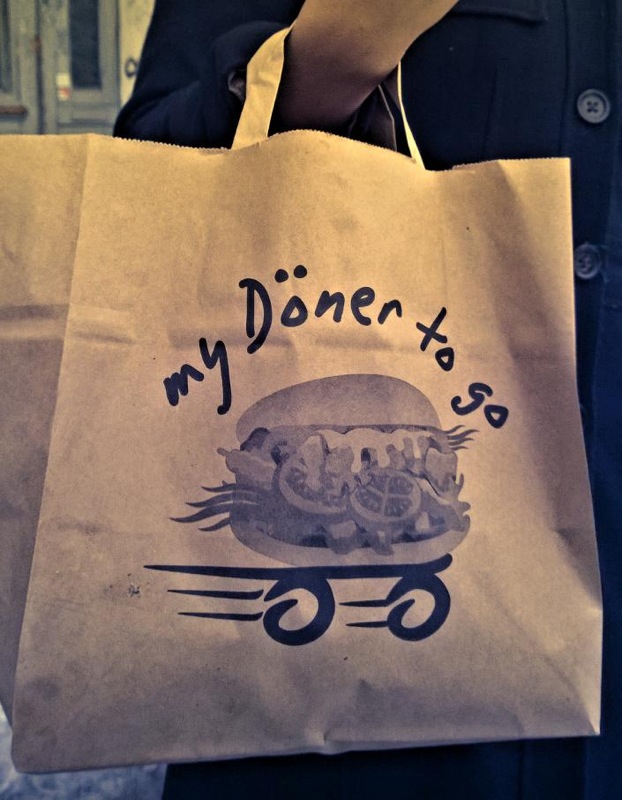 It all started when I spotted an ad on a bike strategically locked where the Warschauer Straße U-Bahn entrance and bridge meet. Eröffnung it said, of a certain Mustafa Demir’s Gemüse Kebap. I was thrilled. Thoughts of gastronomic ecstasy flooded my mind as I recalled the flavors and scents of Mustafa’s, the Mehringdamm institution that’s been coined to serve “the best Döner in Berlin” – and that the universe decided to plop it on the street where I lived made me really, really excited.

My local Mustafa’s became my go-to spot whenever the craving struck. It’s seen the face of every friend who’s visited me, to whom I guaranteed it’s the best they’ll ever have (see: intoxicated). And now that I’ve moved but still work on the same street, it’s become a regular lunch joint among coworkers. It was a natural choice to write about, especially because it’s still a hidden gem for most. So it came to my surprise when, while doing research for this piece, I found out that’s it’s all been false. Mustafa Demir is NOT related to the real Mustafa’s, but rather has been riding on its success.

In retrospect, there was one clue I missed that could have blown Mustafa Demir’s cover, which is the mysterious bottle that the folks at Mehringdamm occasionally spritz the chicken with. Know what I’m talking about? Probably not, but you won’t find it on Warschauer Straße. The question remains: had it all been a drawn-out placebo effect? The answer is no, and today’s lunch confirmed it. There’s only one way that the association thrived for so long, and that’s Mustafa Demir’s actually serves a damn good kebap. From Ayran to Zwiebeln, you can find the same fixings you’d expect from the standard Dönerladen. To the carnivores’ delight, it’s never failed to serve tasty chicken that’s finished off with the signature Mustafa’s touch of lemon squeeze and feta cheese. Service is also fast:  it’s never taken me more than ten minutes to get my kebap – lunchtime or otherwise – and they have benches on the premises, which are an extra convenient and a summer-friendly perk. Not to mention, both the owner and worker are really friendly, and have been known to offer the occasional free drink.

When in Friedrichshain with 3 EUR and in need of a proper Döner fix,  look no further than Mustafa Demir’s. It’s fresh, it’s cheap, and the guy at the counter never fails to crack a joke. I may have de-romanticized the experience by saying it’s not what guidebooks call the best, but I have a little secret: it’s all in your head.

Tip:  If you like it hot, ask for scharf. They’ve got spices under their sleeves.